Real Food Christmas Basket: Chocolate Almond Butter Popcorn w/ Coconut Flakes (soy free) & How to Make an Origami Box to Put it in for a Gift 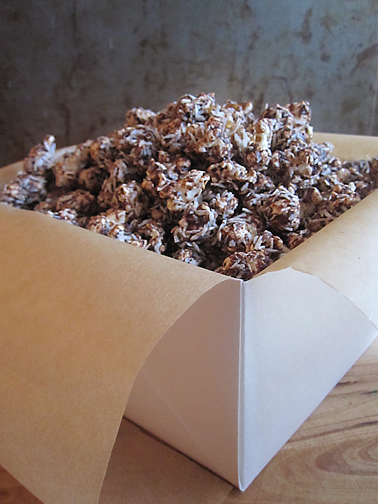 I originally found the idea for this recipe on Browned Eyed Baker last winter. The first time I made it I did it just as the original recipe called and it was great, it's essentially puppy chow with popcorn. However, in the end I wanted to make my version a little more real food friendly. This turned out easier to do than I thought and what's great is you don't need pre-made chocolate, which almost always has soy lecithin in it, an ingredient that's best to be avoided if possible.

This isn't overly sweet, but instead just sweet enough and perfect for satisfying a desire for a desert or a fun snack. The kiddos love it too! My son told me today as he was eating a handful of the popcorn, "Mom, this is delicious!"  That's what this momma likes to hear in the kitchen! Of course, can you really go too wrong with chocolate, almond and coconut with a bit of crunch? Umm, I think not. :-) 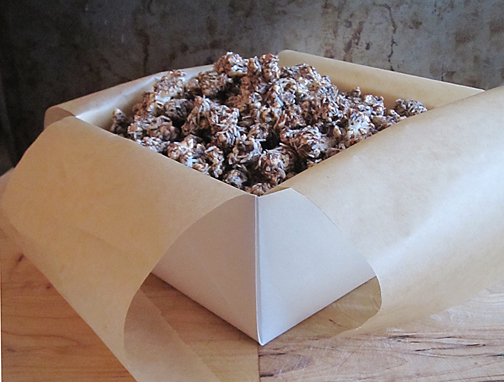 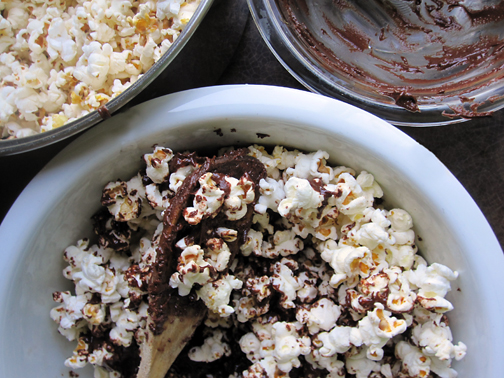 Getting Started
1. In a small saucepan melt butter over low heat. Add sugar and milk, then stir until sugar has fully dissolved, about 5 minutes.

2. Add the cocoa powder and vanilla extract and stirring to combine, then add almond butter. Mix until you have a thick, smooth sauce.

3. Pour warm (not hot) chocolate sauce over top of popcorn in a large bowl. Toss together until popcorn is evenly coated.

4. Add the coconut flakes and stir to coat popcorn.

5.  Spread coated popcorn out on a rimmed cookie sheet and allow to cool until chocolate has set. 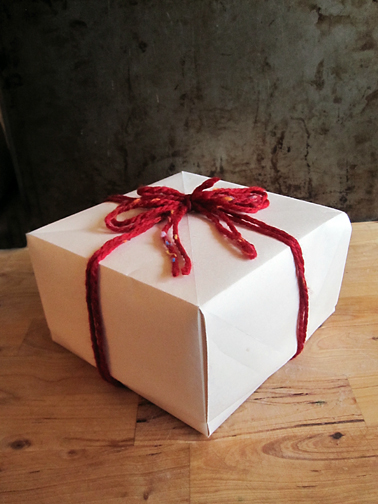 How to Make an Origami Paper Box

1. Using a perfectly square piece of paper, decently large (I did around an 18" square for the box you see the popcorn in) fold it in half, creating a rectangle. Then fold it half again creating a smaller square.

2. Unfold the paper then fold in all four corners to the middle. Do your best to make sharp creases. Using a bone folder is very helpful.

3. Fold the left and the right side into the middle.

4. Unfold what you just did leaving two corners opposite each other still folded into the middle. Turn the paper so the fold lines are now horizontal then fold in the left and right edge to the middle. 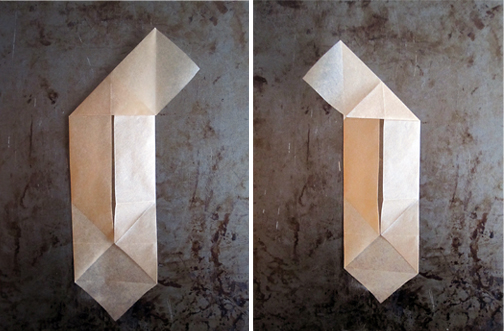 5. Fold the top over to the right then undo. Repeat by folding the top down to the left. Do the same to bottom and then unfolding so you are back to what you had at the end of step 4.

6.  Pull out the insides while pulling up on the side. You are creating the shape of the box now. Fold the triangle that is sticking up into the center of the box to create the beginning of the walls. Do the same to the other side. 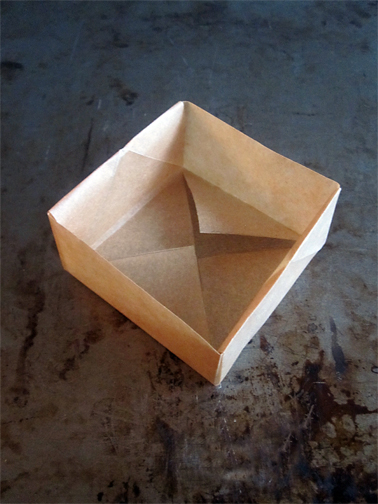 7. To create a lid follow the same instructions but use a slightly larger (about a quarter inch works) piece of paper.

Note: Before placing the chocolate coated popcorn into the paper box I lined it with two strips of parchment that I then folded over the top before closing the box up. Makes for a nicer presentation and keeps the contents fresher. 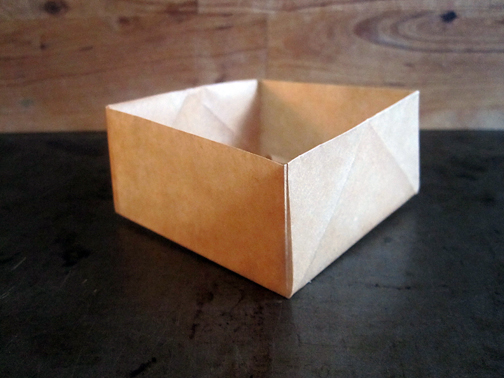