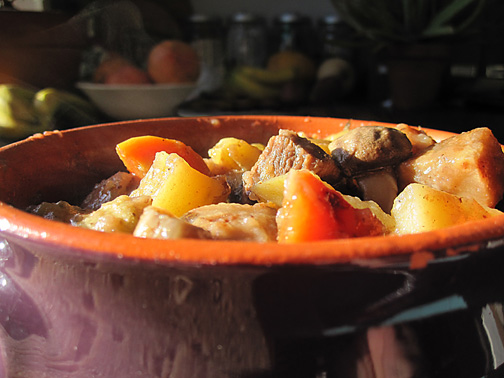 It's January, it's freezing cold here and we have a lot of snow, no really A LOT. Snow count is about 55" now. So, it's only natural to be wanting some rich, hearty food. That is exactly what this full flavor stew is. Instead of simply throwing the fresh vegetables in to the pot along with the meat, I decided to roast them in the oven first, to add an extra depth of flavor and I'm glad I did. This stew was wonderful.

I'm also on a kick of trying to make more one pot meals with lots of leftovers, so I don't have to spend quite so much time in the kitchen. I love to cook, but if I actually want to get other things done, I can't be standing over the stove all day long! :-)

When making stew, try to get most of your veggies cut to the same size or you'll end up with some of them being very mushy, which isn't particularly enjoyable. The smaller the vegetables are chopped, the quicker the stew will cook. However, one of the great flavor enhancers of stew is the slow, longer cooking time, which allows the flavors to mingle together, creating a savoring, rich dish. So don't be tempted to slice the veggies smaller.

How You'll Do It
1. Pre-heat oven to 500°. Scatter the carrots, celery, onion, garlic, chunk of ginger, parsnips, rutabaga and sunchoke on a cookie sheet (I line my sheet with parchment for ease of cleaning, but this is not necessary) and lightly drizzle a small amount of olive oil over them. Turn the veggies to coat them. 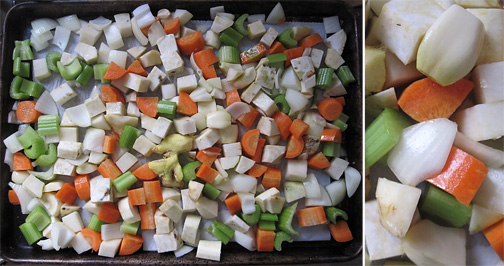 2. Place veggies on middle rack in pre-heated oven for 20 minutes, then turn broiler on high and broil them for 10 minutes. This should nicely brown the exterior of the vegetables, without making them overly soft. 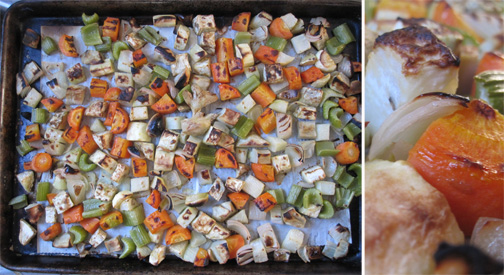 3.  While veggies are in the oven, dry meat with paper towel, then toss meat into a bowl and evenly coat it with arrowroot or flour. 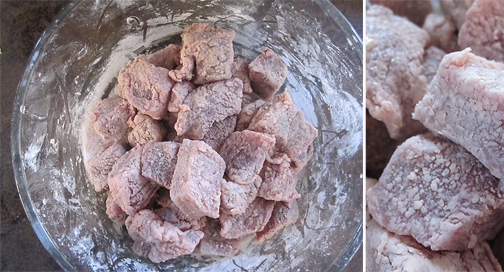 4.  In a large, heavy bottom pot or dutch oven, drizzle 1-2 tbsp. of olive oil. Heat until just before oil would begin to smoke (don't let the oil smoke, this actually burns it). Place about half the meat in the bottom of the pot, taking care to not have the pieces touching each other. You don't want to steam the meat, but instead sear it. If you put all the meat in at once, it will add to much moisture and you won't get a beautiful brown crust on the outside of it. Sear the meat until it's nicely brown on the exterior. Remove to a bowl and continue with next batch of meat, adding more oil to the bot if necessary.

5. After meat is done and has been removed from pot, toss in mushrooms and cook over medium high heat until browned. Remove from pot and set aside.

6. With pot still hot, deglaze the bottom by adding one cup of red wine. Allow wine to simmer for about 5 minutes while scraping bottom of pot with a wooden spoon. This will remove all of the wonderful flavor the meat left behind and add much greater depth of flavor to the stew.

5. Add the roasted vegetables, meat and mushrooms back to the pot. Pour in enough broth or water so that it come just to the top of the vegetables and meat, without completely submerging them.

6. Sprinkle the sage over top and bring mixture to a hard simmer. Turn heat down to low and cover pot with a lid and allow to cook for 2-3 hours. Mixture should be barely simmering, just the occasional bubble should appear. 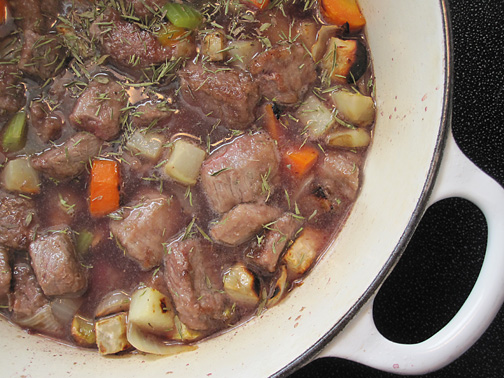 7. About 30-45 minutes before stew will be served, add chopped potatoes. Add more liquid, about 2 cups, if necessary and bring it to a hard simmer again. Turn heat down to low and then cover pot with lid.

8. Remove chunk of ginger and then season stew with salt and pepper. Serve immediately with a hearty chunk of bread, we like fresh made sourdough, and enjoy! 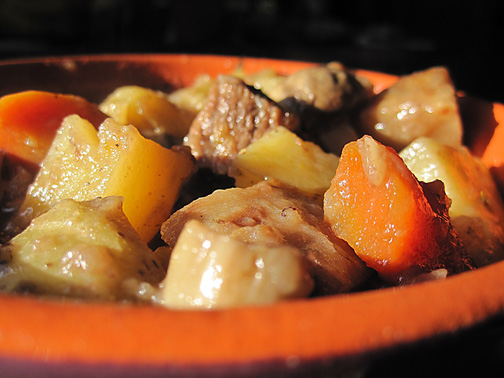 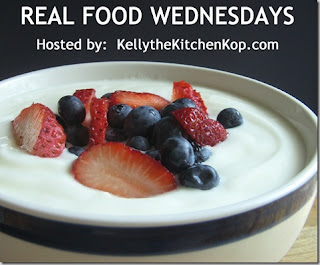